This series of visualisations I created using Tableau software tracks the history of the International Rules Series played between Ireland’s Gaelic Footballers and Australia’s Australian Rules Football players. These two sports are the most popular sports in their respective countries.  This coming Saturday the two nations face off against each other for the 19th test series having first played each other in 1984.

This is a unique series bringing together two different but similar sports with a modified set of rules comprising elements of the two indigenous codes.  I’ve played Gaelic Football for County Longford and Aussie Rules of Ireland so the International Rules series is of particular interest to me.  These visualisations are interactive so clicking on the graphs and maps changes the data viewed, go have a play yourself. It your a fan of GAA, AFL, sport or data I hope you’ll enjoy these visualisations.

European Month of the Brain, are you using yours?

May is European Month of the Brain. This initiative is about increasing awareness of the importance of brain research and healthcare matters. This month there are a whole series of events going on all over Europe and in Ireland.

Putting on my hat as a social researcher, issues related to the brain are very relevant. Previously I conducted a very extensive study for the Mid-Western Health Board looking at the prevalence and needs of people with brain injuries in that region. This was a very interesting study but also very worrying to hear many stories from people with brain injuries that felt the health system had let them down. Of course a brain injury isn’t just something that impacts the sufferer but also there extended network that may have to care for them. So the social impacts can be extensive and generally long lasting.

I have also worked with the National Disability Authority looking at people’s attitudes towards mental health difficulties. When people were asked about their views on mental disabilities, they had the most negative views towards this group compared to any other disability group. This is worrying as it shows there is still the most stigma associated with mental problems.

Research has shown that those who have had direct contact with a person with a disability have more favourable attitudes towards people with disabilities generally. Interestingly some of these mental health difficulties are now very common, including stress, anxiety and depression. However a friend or family member may not recognise the problem as it may not be externally obvious like a physical disability would present itself.

Using the brain is even becoming more common as a research tool for social and market research.  Using sensors placed on the scalp, the brain wave activity of participants can be measured thus giving an indication of the emotional state of the person.  This is a way of bypassing the conscious mind in terms of understanding peoples behaviour.  At my sister company Life and Balance Centre we already use this technology for improving health http://www.lifeandbalance.ie/sub-page/Biofeedback-and-Neurofeedback-Training/88905

If you’re interested in your brain which I hope you are, you can see more about the events in your country here.  http://ec.europa.eu/research/conferences/2013/brain-month/index_en.cfm

I attended an event in Dublin today called Fit for Work Ireland.  This is an EU wide initiative focussed on keeping the Irish labour force healthy.  The particular health focus of this initiative is on Musculoskeletal disorders (MSDs).  To the lay person this means joint and soft tissues injuries such as strains, pains and aches that can often be recurring problems such as back pain.

According to the statistics MSD related ill health costs Ireland €750 million per annum with the loss of 7 million working days.  The €750 annual cost includes illness benefit payments by the state, overtime payments, lost productivity and costs to the health system.  The average duration of absence because of an MSD is 22 weeks, nearly half a working year.  So this type of health condition can be very disruptive for both an employee and employer.

Ireland has a younger workforce than the EU average where there is a bigger issue because of the age of the workers.  In Ireland 30% of illness benefit claims relate to MSDs compared to the EU average of 49%.  However as Ireland’s workforce ages and also may have to stay working longer before they can claim their pensions it becomes more and more important to keep them healthy.  This isn’t just an issue for the individual or the employer but for the general productivity of the economy and burden on the state caused by ill health.

So what can be done.  The event advocated early intervention to deal with injury so the person could get back to work quicker.  No particular interventions were discussed however from my own experience and involvement with healthcare at www.lifeandbalance.ie I would recommend drug free non-invasive approaches such as consulting a Chiropractor registered with the Chiropractic Association of Ireland.

With ever increasing amounts of data being collected by researchers and ever reducing amounts of time for the client to interpret and make decisions on this data, it has never been more important to communicate results clearly.

One way to do this is using infographics.  An infographic is a graphic visual representation of information, data or knowledge. These graphics present complex information quickly and clearly in ways that appeal to our eyes and our brains.  A weather map or the London Tube map are examples of infographics.  So it’s not that these sorts of data visualisations are new, but with the advances in off the shelf software they are now easier to create.  Ok, enough of the words, lets get visualising! 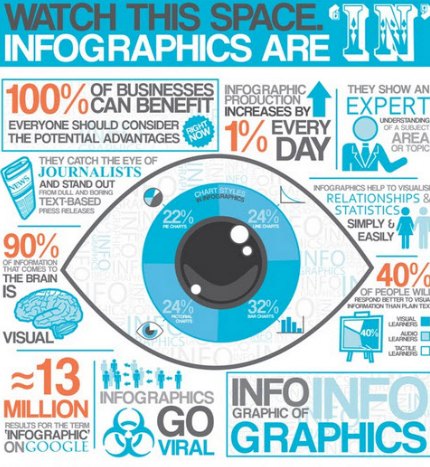 Life Consulting are providers of data analysis, market and social research services. We are experts in conducting both large scale nationally representative research projects and smaller localised projects for both state funded and privately owned organisations using both quantitative and qualitative techniques. We offer best value for money, using the latest research techniques and technology to deliver superior insight to our clientsRead More